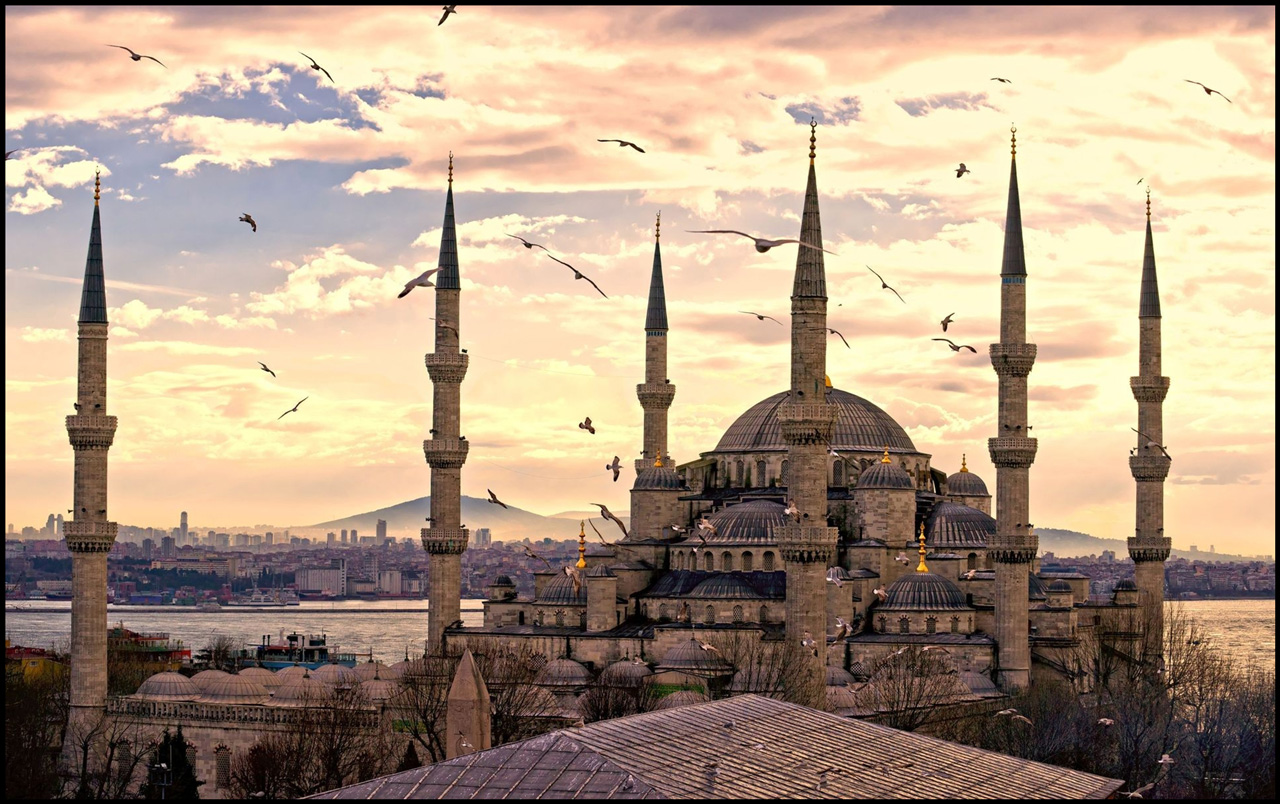 This 17th century mosque, near Haghia Sophia, is famous for the beautiful blue tile work ornamenting its walls. Its surrounding six slim minarets distinguish it from other mosques which normally have two or four minarets. It was built by architect Mehmet Aga by the order of Sultan Ahmed I as a complex in seven years and became the most important mosque of the city, right in Sultanahmet square.